Concrete has been a staple building material for thousands of years.

It was first used by the Ancient Greeks/Romans back in 800 – 300 BC  and was used in the construction of  large arches, vaults and domes. The type of concrete used at the time was made using Pozzolana, (a form of volcanic ash), mixed with pumice and quicklime.

Today concrete is an entirely  different composition but is still widely used in many forms of construction due to it’s versatility, durability and the fact that it’s incredibly energy efficient.

You can see modern concrete buildings everywhere but how much do you really know about this multi-purpose material?

Interesting facts about concrete you may not know …

Due to being incredibly practical to work with and the fact it is made up of the most abundant mineral on the planet, (Limestone), concrete is used twice as much in construction than any other building material.

It is highly resistant to both fire and water –

Concrete is one of the most durable building materials on earth which is why it is so widely used. It is also incredibly resistant to water and fire which is why it is used in the construction of bridges and underwater structures. 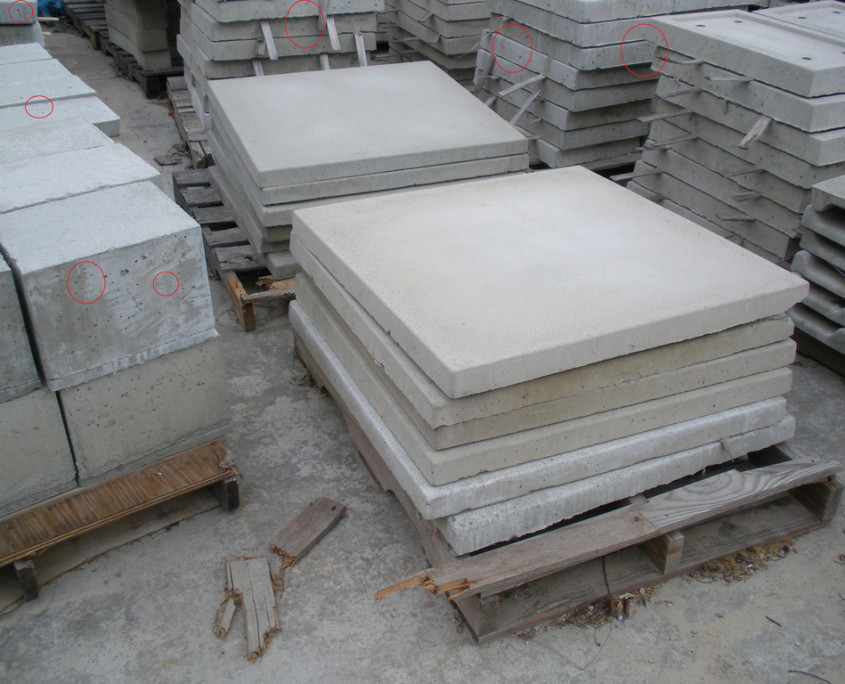 The weight of concrete varies considerably depending on it’s air and moisture content, however the average slab weighs around 145 pounds per square foot.

Concrete is the best material for building roads –

Due to it’s high compressive strength and the fact it can be manipulated with little to no effort, concrete is one of the most popular materials used to build roads.

The Pantheon in Rome is one of the best-preserved of all Ancient Roman buildings. It was originally built as a temple but now serves as a church.

Concrete can be used to create art –

The Concrete Art movement was founded in 1930 and you can see concrete sculpture exhibitions all around the world. There’s even a museum of concrete art in Ingolstadt Germany.

Joseph Aspdin is widely credited with reintroducing concrete to the mainstream in the 1800’s. He obtained the patent for Portland Cement in 1824 which takes it’s name from the Limestone ingredient quarried on the Isle of Portland, Dorset.

For all the latest news and updates, follow us on your favourite social channel!
How to prepare a Concrete Driveway the right way …

When do I need Concrete Testing and what is it?
Scroll to top